Message of Congratulations To US President-elect Donald J. Trump From Muslims Against Terror

Comments Off on Message of Congratulations To US President-elect Donald J. Trump From Muslims Against Terror 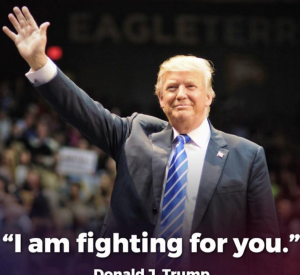 Assalam Alaykum (Peace Be With You).

We the Muslims Against Terror extend our heartfelt congratulations on your historic victory, as the 45th President of America.

As you prepare to take on the responsibilities and challenges of your high office, your message of hope, freedom and opportunity resonates with our members as it does with people across the great United States and around the world.

These are difficult times, with an economic crisis at home, and abroad; many “Daesh” terrorist wars in Syria, Iraq, Nigeria, Afghanistan, Libya, Saudi Arabia, etc; nations affected by famine and numerous other serious problams around the world.

We the Muslims Against Terror organization have confidence that under your leadership, America will be a great force for good in the world. We believe you have the abilty to lead america to greatness and to foment peace and accord in the world. We also believe in your capacity to deal decisively with terror and block all funding to terror organisations around the world.

On behalf of the Muslims Against Terror, once again, we congratulate President-Elect, Donald Trump on his victory in the United States, Presidential election.

We are going to work with President-elect Trump’s administration, as we move forward in positive ways for not just Americans but the whole world.

We need a President who can help the Muslims Against Terror to fight and crush “Daesh” and other terror organisations in America, Turkey, Saudi Arabia, Nigeria, Iraq, Syria, Libya etc and oher parts of the world.

We will continue to work with the United States, and other truely commited countries like Russia, Canada, Morroco, etc to ensure Peace, Love, Freedom, and Security for our citizens and for people around the world.

May Allah (the GOD) be with you and use you to fight for justice and bring Peace to America, Africa, Asia, Middle-East, etc, to the entire world, (Ameen).

We invite everyone to join us www.MuslimsAgainstTerror.com.

From Nigeria To The World!
We denounce Terror!

Comments Off on Message of Congratulations To US President-elect Donald J. Trump From Muslims Against Terror